Home > About Us > Our Story

Jeffrey’s principles were simple:
Treat everyone with respect and
strive for excellence in service and delivery.

The Surnow Company started with its first property in Lathrup Village; a 1,500-square-foot retail center. His work in Lathrup Village grew to include some landmark buildings, including the renovation and repurposing of its original City Hall into a retail center; and the restoration of a 100,000 square-foot school that was leased to various charter schools through the years.

The firm started opening up office buildings in West Bloomfield. By the mid-80s The Surnow Company developed and managed skyscrapers and office complexes in Troy for tenants such as Toyota’s North American Headquarters; Saturn; Beaumont; various automotive suppliers, government-sponsored properties, and medical and learning centers.

The company went national with expansions into Ohio, Florida and Colorado and was thriving.

The economic downturn in the mid-to late 2000s hit the real estate industry hard and The Surnow Company was not immune. Very quickly, the company’s trajectory shifted from one of unlimited rapid growth to uncertain survival.

For Jeffrey Surnow, this was a period of change in mindset as well.

When the opportunity came to renovate and repurpose a closed, old post office in Birmingham, Jeffrey was intrigued. Despite doubts from the community and some business partners, he took on the restoration.

Now named, the Surnow Building and home of the company’s headquarters, the restoration was successful from a community standpoint for its respect for the architectural integrity of the landmark building. It was also successful with tenants as its interior provided the latest in modern office amenities while still providing a timeless quality that blended well with outside historical aspects of the building. The Surnow Company moved its headquarters into the building.

This project sparked a change in the business direction of The Surnow Company from a real estate developer and landlord of conventional cookie-cutter retail and office centers to a firm that repurposes and manages landmark structures.

It is a direction the next generation of leaders at The Surnow Company has embraced. 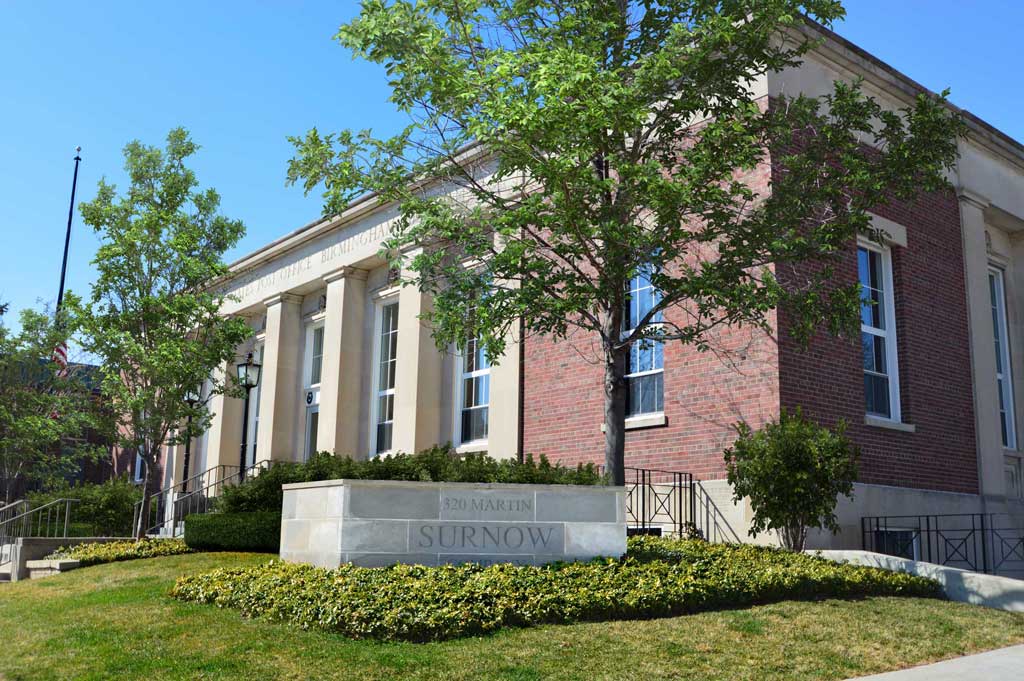 In 2015, the Surnow family experienced the devastating sudden loss of Jeffrey to an accident. With his family’s support, Sam Surnow, the eldest son of Jeffrey, and the company’s chief controller, took over the presidency of The Surnow Company shortly afterward.

The Surnow Company remains very much a family business with its hands-on sensibilities and operations. Jeffrey’s son Max is involved in property management, tenant relations and accounting; and Jeffrey’s brother and company co-founder Michael, is a property manager as well as the firm’s legal counsel. The Surnow Company prides itself on its team members comprised of the best professionals in their respective fields.

Through our work, The Surnow Company is dedicated
to bringing positive change for our clients
and the communities in which we operate.