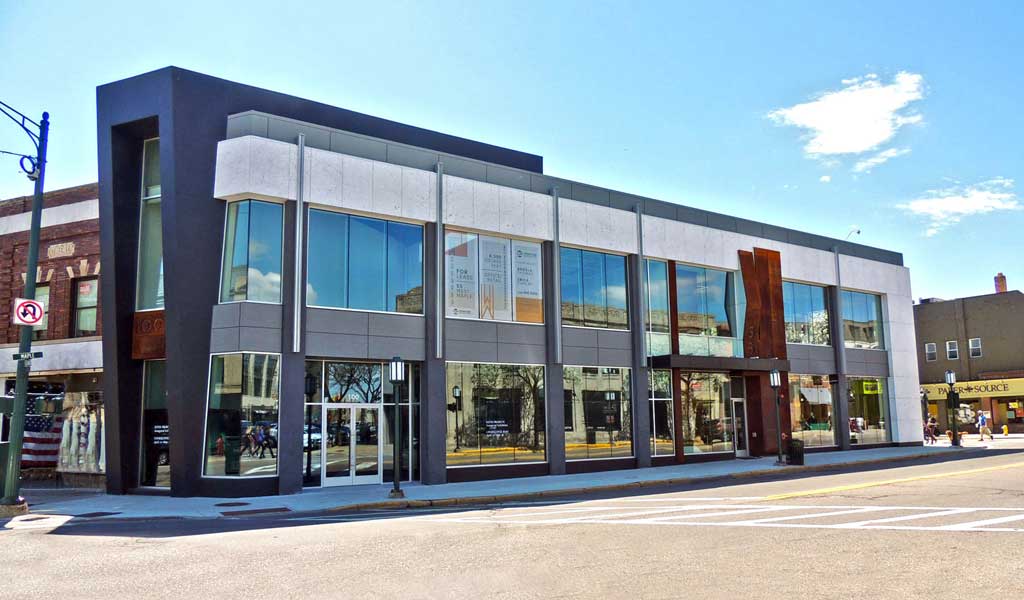 Posted at 10:18h in General by The Surnow Company 0 Comments
0 Likes

Most of his life, starting in elementary school, Lampen-Crowell was a runner. In middle school, he ran cross country. In high school, he was captain of the track team. He set a speed record that, he said, still stands. He loved the running shop where he worked so much that, after he graduated from Western, he tried to buy it.

But Lampen-Crowell didn’t give up. Instead, with a partner, he opened his own store, Gazelle Sports.

“We loved what we did, and we really loved where we lived,” said Lampen-Crowell,  56. “The community wanted to be healthy. Running, walking, doing aerobics — at the time that was very big — and soccer. I grew up playing soccer. So we had a soccer part of the business right from the beginning.”

More than 30 years later, the company has grown into a statewide retail chain with stores in Kalamazoo, Grand Rapids, Holland and Northville, about 200 employees and annual revenues of more than $10 million.

“We’ve grown, even through the recession,” he said. “We were growing between 5% and 12% a year. We’ve seen growth because people respond to the level of customer service we’re able to deliver and have that niche product that people really want.”

In a slightly edited conversation, Lampen-Crowell talked about the company’s expansion, and offered some advice:

ANSWER: We really worked hard in positioning our infrastructure as a business to be prepared for growth: building the technology, the distribution, the resource talent. As we researched areas to grow, we looked at a number of different locations: northern Indiana, Michigan. The decision came down to this: We have a great customer base in the Detroit market in soccer already. We sell to some of the biggest clubs in Michigan in Detroit. So we have these customers that already knew us, and the running store landscape was changing as national brands were buying the local retailers. There was an opportunity for a local Michigan retailer to come in and have an experience for customers.

Q: How well has the Northville store done?

A: It started slowly. Our brand wasn’t known. We really had to start working hard to develop relationships, and that’s a core part of our business. But in the past couple of months we’ve seen some great growth in our Northville store. And we are excited about being in downtown Birmingham.

Q: Is the Northville store profitable?

Q: When do you expect it to be?

A: In year three.

Q: When will the Birmingham store open?

A: The projection is mid-October.

Q: Why did you select Birmingham?

A: Downtown Birmingham did not have a store that was selling running products. The consumer base there is very active, and having that retail critical mass in a downtown was super appealing to us. We have successful downtown stores in Kalamazoo and Holland. Seeing that in Birmingham made sense in our business model.

Q: Birmingham does have a sporting goods store, though? The Varsity Shop?

A: The Varsity Shop is an excellent store. I love that you have an independent that made it through so many changes over the years. But we are really more of a niche store. Our niche is that active-living person. Whether it’s running, walking, cycling, triathlon, doing yoga, doing Pilates,  being active in the gym. Those things are a little bit outside the sporting goods guy who is doing basketball, baseball, hockey and University of Michigan, Michigan State fan wear. We don’t touch any of that.

Q: How did you come up with the name, and what does it mean?

A: A lot of stores in the running world end up being called Chris’s Running Shop or the Kalamazoo running center, and we didn’t want to be just a running store. We wanted to be that active living store. We wanted an image that produced a sense of movement. We had a number of them that we were throwing back and forth and we landed on the gazelle, an animal that moves quickly, that is great in large groups. It was really: Let’s make sure our image is active, a moving that matches what we wanted to do.

Q: What kind of opportunity is there for more sales to women in sports? And I tie that to the name, because Gazelle sounds like it would be appealing to men and women.

A: It does appeal to men and women. Women’s sports, as you know, have grown in the 30 years we’ve been in business. In particular, women in running have grown dramatically. Women, now, in our marketplace are about 58% of our sales. That’s significant. If you look at running events, Running USA does a great annual survey. Women outnumber men in everything up to marathons. Marathons and ultra-marathon distances men outnumber women. So you see that definite move towards women. One of the differences in our stores is we do a lot more apparel. A lot of the stores we compete against are focused on footwear. We’re more than footwear.

Q: What advice do you have for other entrepreneurs?

A: Two things that really stand out. One is that you really build your business on your values and your principles. When you do that, and you are authentic, people read that really well. That leads to success. It just feels better, too. No. 2, surround yourself with people who really support your weaknesses. I didn’t do that to begin with, but as we grew, I did that and that’s very much why we are still here. I don’t know everything. But I’ve hired really great people that know things I don’t, and I have two partners who have skills beyond me that are super strong.

Sorry, the comment form is closed at this time.